It has unique history.

Gujō Hachiman Castle was built in 1559 by Endō Morikazu.   Morikazu had barely finished the castle when he died, leaving it to his son Endō Yoshitaka.  Yoshitaka later became a retainer to Oda Nobunaga and the direct control of the castle fell into the hands of Inaba Sadamichi, who renovated much of the castle.  Yoshitaka returned to rule the castle following the Battle of Sekigahara.  The castle was expanded following Tsunetomo’s appointment to the castle in 1646.  In 1870, during the Meiji Restoration, the castle was torn down during Japan’s attempts to modernize.  In 1933, it was reconstructed out of wood.

The picture of the castle is really mysterious.  Especially in a foggy day, the castle seems emerging from the sea of fog and cloud.   A lot of cameraman are waiting for the camera shot of the scene. 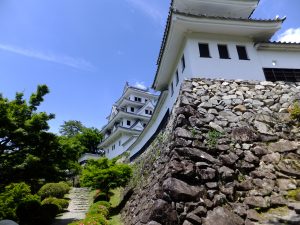 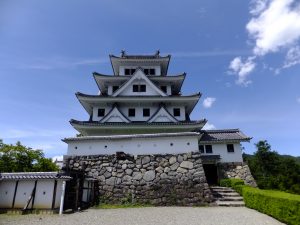 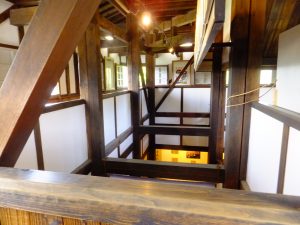 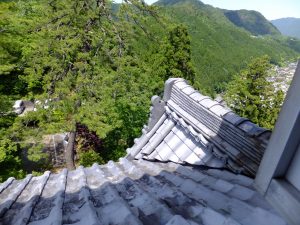 a view from the castle tower