At that moment I came up with an idea. I would like to visit one branch of libraries. It has also several books and DVDs, I guess. The map said that the branch was located north 10 kilometers away from the main library. Anyway I decided to visit the branch.

On the way to the branch, I found the landscape and scenery very attractive. The country side was peaceful and quiet. I found a lot of greenery and forests and roadside trees.

After 10-minute-drive, I arrived at a small building which looks like a primary school. In front of the building stood a stone monument. It says that there used to be a primary school which was closed 10 years ago.

That building was a former primary school building. I went inside and found a small library room which was once used as a classroom. There were several hundred books and no DVDs. By library standard, its size was quite small. I looked around but I could not find any interesting books. I did not borrow any books from the branch.

But I felt a kind of wonder. In such a mountain area, people set up a library and some locals appreciate it. It is admirable. However small it was, it was a center of cultural activities in that area. 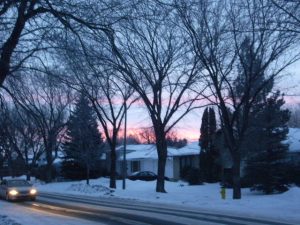